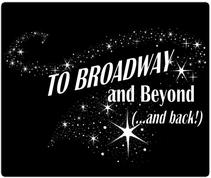 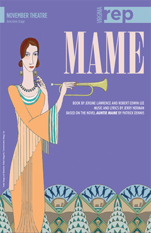 From November 21, 2014 - January 11, 2015, Jody appeared as Beau in Virginia Repertory Theatre's production of Mame.  The play is based on the novel Auntie Mame by Patrick Dennis, with a book by Jerome Lawrence and Robert E. Lee and unforgettable music and lyrics by Jerry Herman.

​Set in New York during the Great Depression, this lavish musical tells the story of Mame Dennis, an extravagant bon vivant whose life is turned upside down when the son of her late brother comes to live with her.  Mame tries her best to keep up her usual fabulous flair while responsibly raising her new son.

In October 2014, Jody was honored to receive a Richmond Theatre Critics Circle Award ("Artsie") for Best Supporting Actor in a Musical for his portrayal of Franz Liebkind in The Producers.  Thank you to the RTCC, Virginia Repertory Theatre, and an amazing cast and crew!

On June 26, 2016, Jody participated in To Broadway and Beyond…and Back! – a cabaret and interview-style evening.

Hosted by Andrea Rivette (Broadway’s Jekyll and Hyde), the event introduced the audience to her and to other actors and singers who have chosen to leave the Great White Way and settle in RVA.  They have appeared on Broadway, performed in national tours of Broadway productions, and worked as professional actors in Los Angeles and New York...and then returned to Richmond, VA.

Andrea described the event as an “intimate evening where I will explore the backgrounds and paths of some our amazing local talent both old and new through music and interviews.”

On May 22, 2015, Jody appeared at the SteamPlant in Salida, Colorado, with special guest star Amy Wight.  This one-night-only event benefitting the Boys and Girls Clubs of Chaffee County featured Broadway and Jazz classics - and even a few stories.